Asus pride themselves on offering quality and value for any budget, but what do notebooks at either end of the range of Asus laptops give you for your money?

At around £400, Asus’ 14 inch X401U notebook comes with some impressive features for such a reasonable price. You’ll find 4Gb of RAM, 360Gb of memory space and a backlit LED screen with a high resolution. It also boasts decent connectivity, including one high-speed USB 3.0 port which are now standard on Asus’ X Series notebooks. Is this the steal of the century or will you lose out on reduced performance? 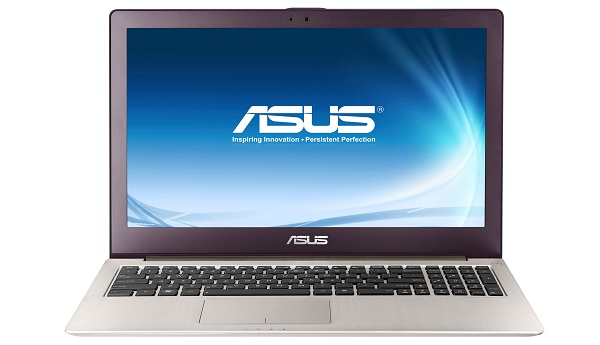 Smaller and more powerful, the VivoBook S200E comes in at about £570 and packs a punch with an Intel Core i3 Processor and larger 500Gb capacity. The screen is also high resolution with an LED back light, but measures a more portable 11.6 inches. The machine carries two USB 2.0 ports to the X401U’s one, as well as a USB 3.0 port for quick data transfer, and comes loaded with the newer Windows 8 operating system, which suits its tablet-style touch screen app navigation, while the X401U runs on trusty Windows 7. Is this bite-sized power portal worth the extra spend?

The X401U’s AMD C60 processor will cope with everyday web browsing and Office-type applications but doesn’t have the power to handle more complex programmes like Photoshop or video editing software. The i3 processor in the S200E deals effortlessly with standard use, and while less powerful than its rival Dell XPS 12, is capable of more ambitious processing tasks than the X401U and is less than half the price of the Dell. Fast processing always requires more power, and while not their strongest feature, the battery life on these notebooks is decent, with about 4 hours of normal usage on both, but the bigger battery on the X401U just gives it the edge.

The X401U’s patterned plastic case is attractive from a distance but closer inspection reveals its weakness under pressure and bending that make it less resilient than the brushed aluminium shell of the S300E. While significantly lighter than its direct competitors the X401U’s could do with bulking up in a sturdier shell. By contrast, the smaller 1.4kg S200E is more safely housed, and its stylish rounded edges show build quality and durability that will last.

If you’re into Skyping take note of the S200E’s 0.9 megapixel webcam which has the edge on the 0.3 megapixels built into the X401U. Sound quality from the two speakers on both of these notebooks is well-rounded and pleasant with the S200E showing no signs of rattle or distortion at its impressively loud max volume. The X401U’s struggles a little at the higher volume end but both machines can be connected up to your external sound system via 3.5mm audio jack.

Both Asus’ 11 and 14 inch offerings are highly competitive among their peers for spec and price, and offer innovative solutions to the ever-developing world of home and mobile computing. For a more tablety feel the S200E’s touch screen and state of the art operating system stand out among its rivals, but the X401U is really in a class of its own when it comes to value.