Look into the mobile! It’s a bird! It’s a plane! No, it’s your favorite superhero pummeling the minions of his arch nemesis into a pulp. And to top it all you are controlling him. Superhero is one category in smart phone gaming which has taken the world by storm in the recent times. For this Hollywood is to be blamed to the fullest.  The innumerable reboots, sequels and the prequels of the superhero films which can be taken as the root cause for the popularity of these games.  Punch through the wall, glide over the city, or save the girlfriend from the clutches of the villain, these games based on Marvel or DC comics are not only addictive but they promise to blow your mind apart.  This guest post would be showcasing 7 superhero games which are a must-have for superhero and comic book fanatics.

The DC comics’ fans are in for a treat with this game. Based on the movie by the same name, this game showcases Gotham city to the fullest with the titular character, the Dark Knight taking on Bane, the venom powered adversary who broke the bat. The graphics are good if not the best in DC comics’ mobile games. As a player you would be getting to know all his allies and enemies. You would be able to get access to Batman’s entire arsenal which comprises vehicles like the Bat pod and the Bat. You would be using weapons like the grappling gun to swing across the city or the batarangs to put down every single one of Bane’s minion.

As a player you would be coming across important characters such as Luscious Fox and Commissioner Gordon. The omnipresent voice of Bruce Wayne’s butler, Alfred Pennyworth guides you through every mission. This game is absolutely an immersive, cinematic experience. Produced by Gameloft, you can purchase it at Google Play. 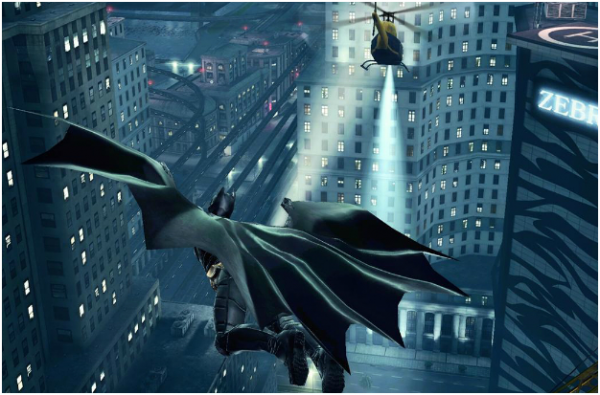 Probably it was one the first Marvel superhero based games which was first released for tabs and mobile phones, rather than consoles and desktop PCs. The game play is very much similar to the runaway hit, Temple Run, but the whole game takes place in the air. Other superhero games involve some amount of jumping around and fighting minions. But in this game, you would be able to customize Tony Stark’s armor the way you want it. After you customize the armor and fit it with the right kind of weapon, the player would be able to take him for non-stop flying missions against foes like Mandarin, Crimson Dynamo, Ezekiel Stane and M.O.D.O.K.

As a player you would be able to choose from both Tony Stark and James Rhodes to choose between varieties of armors to complete the missions. Blow your opponents into smithereens by using your palm blasts or use your shoulder mounted missiles. The game comes absolutely free from Gameloft. 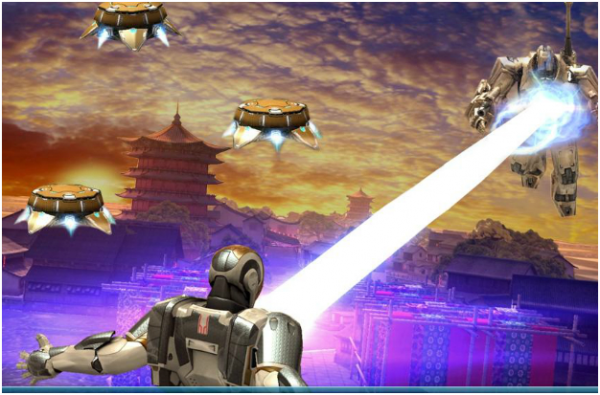 If you are a great fan of the Hulk, then here comes another mobile based Marvel game. Built for the Android operating systems, it sets hulk against the most dastardly villains such as The Wendigo, Abomination, The Kronans and The Skrulls. Have the ballistic experience of super powered visceral combats with swipe attacks and combo controls in a completely gestured based battle.

Marvel studio with this game has introduced Marvel XP, a free live service which would be tracking each of your progress and putting them in the social networking websites. This game has a huge number of unlockable features where you would be able to customize hulk with incredible super powers, incorporating explosive augmentation as well as player’s combat stats. Only one word for this game, Hulk Smash! 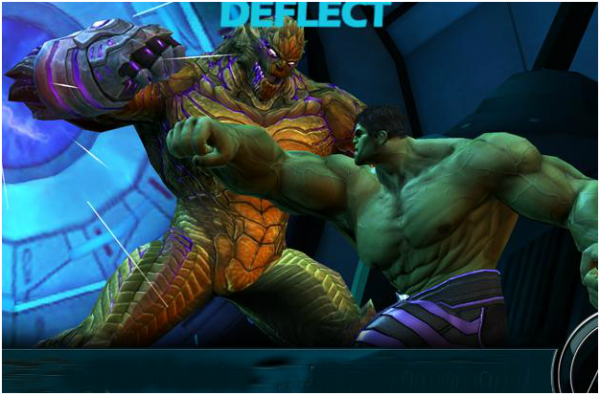 Now you can be the friendly neighborhood Spiderman with the help of your mobile device. Based on the 2012, Gameloft has crafted this game exclusively for the fans and the non-fans alike of the Spidey. Experience the ultimate web slinging and wall crawling as you pit yourself against the ruthless Lizard and his minions. Save the city or the damsel in distress in form of Gwen Stacy, swing through the absolutely remarkable 3D environment of the city through 25 of the most immersive missions of the Marvel cinematic universe.

With a vivid and fluid fighting system, you would be able to enjoy melee, ranged and combo attacks along with the customization of skill sets. This game is probably the most realistic looking of the superhero games. You can avail this game at Google Play. 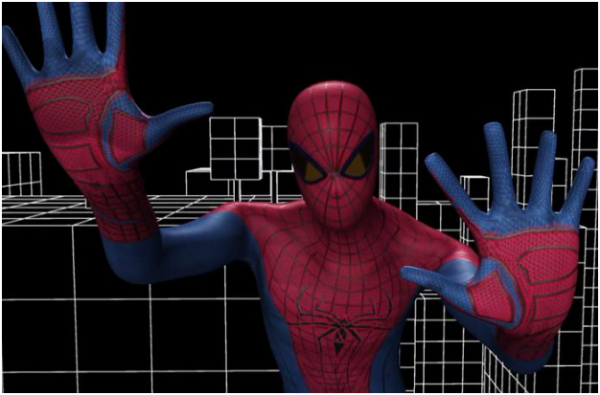 Nothing comes closer this game, when it comes to team battle. Justice League: EFD is a 3D RPG action game which is developed for your mobile devices. You can choose from any of the 5 superheroes which include Superman, Batman, Wonder Woman, Green lantern or the Flash, and fight against the heinous crimes of Lex Luthor and his bunch of infamous super villains.

You would be able to upgrade each of the superhero unique abilities which would include the likes of Superman’s Heat Vision, Wonder Woman’s Lasso of Truth or Batman’s gargantuan arsenal. Not only this, each of 5 DC legends would be getting the support of 30 hero cards which would include characters like Robin, Star fire, and Cyborg. Based on the unity engine the game brings forth amazing 3D engine which captures cities like Metropolis and Gotham as the comic portrays. Players would also be able to customize the uniforms from a range of classic ones to the New 52 version. Now, it is your duty to choose the right super hero for the job. 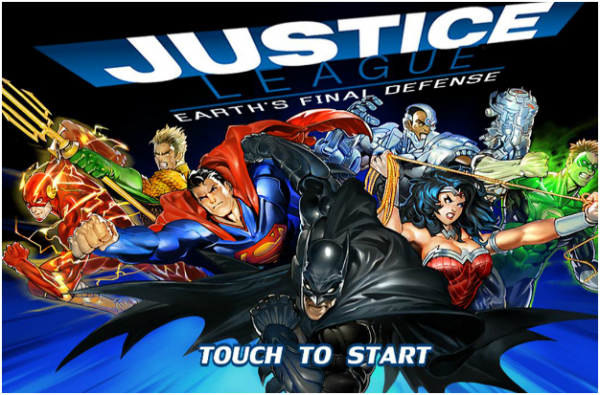 Remember the days when we used to ogle at the television screen during the Saturday mornings; the X-men were a hit animation series at that time. Konami Digital Entertainment has come up with the game by the same name which includes all the classic X-men characters including Cyclops, Wolverine, Storm, Night Crawler or Dazzler. Pit yourself against the super villains such as the Blob, Magneto, Nimrod, White Queen or Juggernaut. One of the biggest attractions of this 2D game is that you can pair with 4 of your friends to fight against the evil brotherhood of mutants. This game is definitely nostalgic and you can purchase it from Google play. 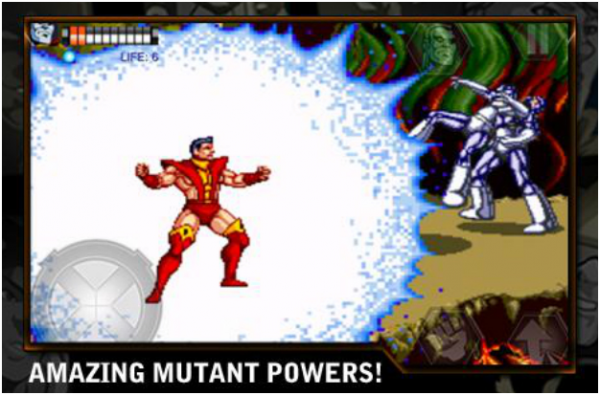 The Arkham Series has definitely been one of the definitive series of Batman games. Batman Arkham City Lockdown is the iteration for the mobile devices. This game previously made for iOS devices, is also available for Android ones. As Batman you will not only able to capture the escaped inmates of Arkham but you would be able fight against iconic villains such as Joker, Deathstroke, Two-Face and more.

You can customize from several Batman skins and power-ups. Made with the same tone of Arkham Asylum and Arkham City, you would be able to glide, punch, kick and take down evil henchmen while you keep on cleaning up the city. 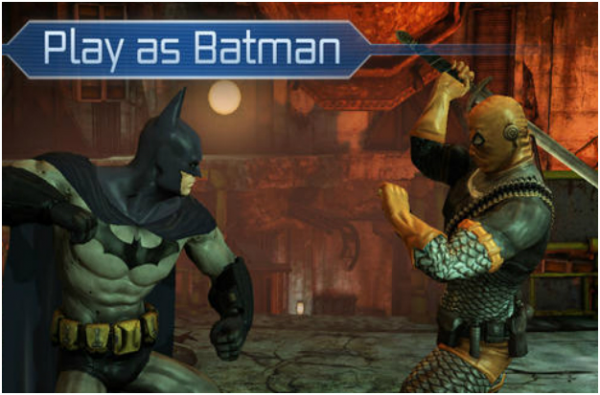 This year has been quite eventful for the smart phone application developers . Even gaming apps were not spared. The first half saw games like Iron Man 3 and Arkham City Lock Down. In the final quarter of this year or the beginning of the next we can definitely expect games like Thor: The Dark World and Captain America: Winter Soldier. So, Game On, people!  Come get some!

About the Author: John Thomas is a mobile application developer and an avid gamer. He has been attached to GetAProgrammer a well known firm in Sydney, Australia for quite some time. 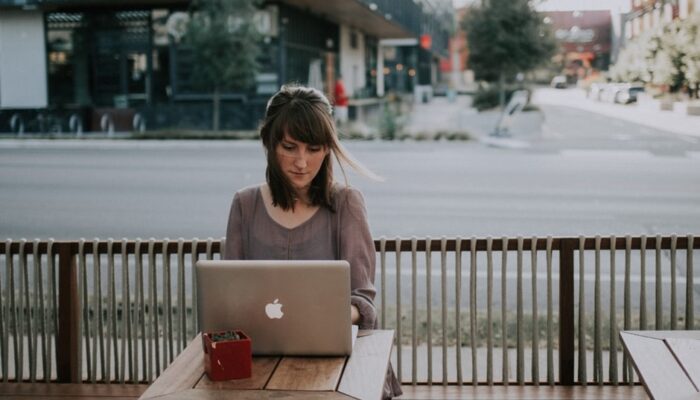 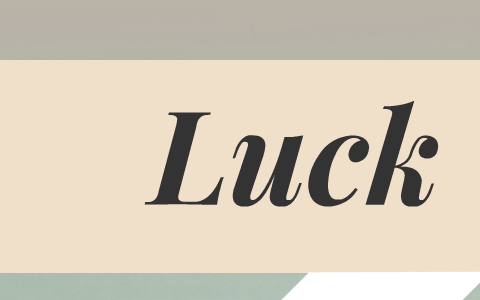