In a creative industry like web development, criticism is a part and parcel of the game. To survive in this industry you have to learn to cope up with the critics and their disapproval of your work. It often tends to put you in situations of self-doubt, restlessness, agitation and test the character in you. Criticism can be a destructive force if you take it with a negative bend of mind but it can also be a driving force towards excellence if taken positively. How you deal with criticism often decides your stature and success in the market.

There are some who would criticize you to assert their sense of superiority. They would leave no stone unturned in disrespecting your work. This can be out of jealousy, prejudice or ignorance and would seem unfair to you. It is common to get agitated and be outspoken in such cases but as a professional web designer you need to keep your calm. On the positive side such criticism often point out the problems in your design although they seldom offer any solutions. 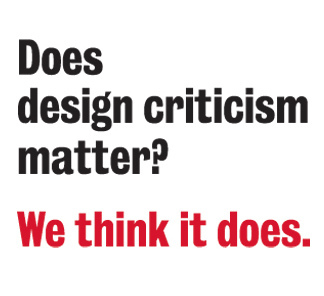 But is it an every bit of criticism bad? No, certainly not. Some criticism is must for you to grow as a designer and conquer your shortcomings. It is must to tear your arrogance and keep that overconfident designer in you in check. It is necessary to push you when your creativity starts to stagnate. Some critics often have merit in their criticism and rightly highlight your problem areas. This kind of criticism is what we call ‘constructive criticism’ and opens new opportunities. Professional web designers make use of such criticism to scale up the ladder.

To be a part of the elite group and be counted among the best web developers you need to pick up a leaf from a professional web designer’s book. You need to know how to react, how to analyze where there are dozens of people criticizing you are pulling your work apart. Here are a few ways of dealing with criticism which most professional designers apply.

How to Handle Client’s Criticism

A client’s criticism needs to be handled with utmost care as one wrong move might be the end of the road for the project. You need to be very open to the feedback from a client. It is very important that you are well aware of the goals of the project before you present a mockup to them. Most people mess up in this as they aren’t quite sure of what the client wants. You need to be assertive and stress on the goals that your design would meet.

In most cases, when the client is harshly critical, people tend to keep mum and hesitate in asking the client for further clarifications and details regarding the project. If you keep mum, you are likely to fall short of the client’s expectations and inviting a harsher round of criticism in the future. Do not hesitate to ask questions or requesting the client to explain their needs in detail so that you are clear on their perspective to amend the design you had conceived.

This is the most vital part of handling criticism and as a professional web designer you need to get your act right to filter out the negativity and turn the criticism into fuel for your success.

It is often believed that popularity and criticism go hand in hand in every field of art. Criticism is often considered to be sign of fame and popularity. Amateur designs are hardly criticized and talked about. And it is only the known names that critics like to fire at. When there are too many people criticizing your design you can pat your back and say “I am popular in the industry”.

This post is shared by Justin Spencer, Marketing Professional at MarkupBox.com, a specialized PSD to HTML Conversion Company, backed with years of experience and diligent professionals. We also offer software implementation service like PSD to WordPress , PSD to Magento, PSD to Joomla and PSD to Drupal and much more.