Knol was a project by Google project, which was focused around user-written articles on a range of topics. Similar in some ways to Wikipedia, it was launched on July 23rd 2008. According to Udi Manber, Knol pages were designed to be “the first thing someone who searches for [a] topic for the first time will want to read”.

Sounds good. An encyclopedia of legitimate introductions… a book of firsts! Now if Wikipedia took off so well that it’s now the website most college students swear by, why did Knol not live past its 5th birthday? 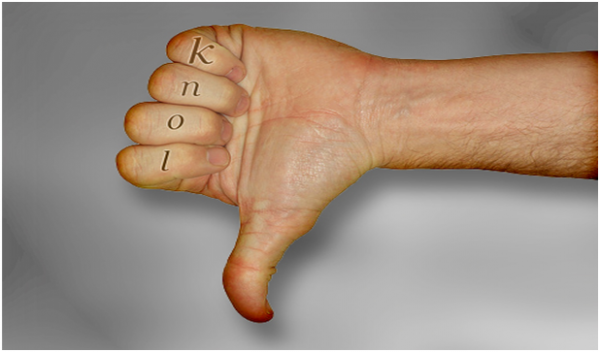 At its initiation, Knol was thought to be a threat to Wikipedia, now… well wiki is still standing strong while Knol is the stuff of blogs and bitter critics (like myself). So what went wrong in Ubis grand scheme? Here’s a bunch of reasons why Knol didn’t make it:

Books of fact need to educate

Knol was form assuming that the people of the internet would be more than happy to share their wisdom. They weren’t. It was also assumed that they would not mind sharing credit for an article. They minded. There was lack of good will when it came to editing existing document, and documents could only be edited if the original author granted permission. This reduced community involvement, and allowed original authors (who may as well be completely clueless) to have complete control of the edits that make an article credible. Due to the difficulty in editing, people go frustrated and began uploading their own articles rather than trying to fix the ones that existed. This lead to both, repetitive and lousy.

Google placed and advertising reward submissions. Submitters were allowed to earn money from their content by means of advertising. This attracted people with bad intentions to the site.

Google’s philosophy with Knol: let them upload content… then use rating and search algorithms to select the best ones and show those as top hits in search. Brilliant? Nope.

The search algorithms google uses are only passable at locating authoritative sites. Knol used these algorithms as a source of distinction, and the resulting hits showed it. As for human ratings, most are in no position to judge the credibility of an article, many will overlook checking the source, and be easily misled by false information that “sounds ‘bout right”.

Even if it all worked

Even if all the google algorithms worked just fine, Knol would still have pretty much sucked, as if the top hits were of use, due to the sheer amount of faulty information, the ones immediately below them would have been utterly useless. There were no checks on the information uploaded to begin with.

And thus the demise of Knol was imminent…