Was 2012 the year businesses finally grew up when it came to social media? For years (far too many years), the baseline metric was “likes” or “retweets”. We’re hearing less demand for these likes and retweets, and more demand for a bigger picture view. Maybe we really have grown up, and 2013 will be the year of sophisticated social… 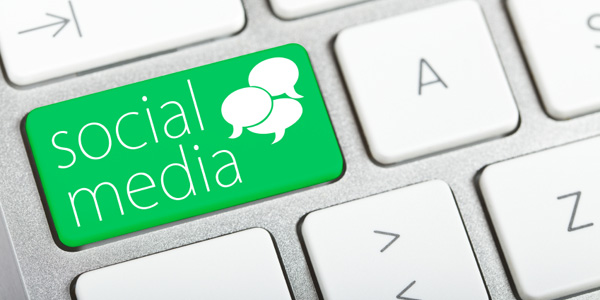 There’s always money involved. The great social acquisition merry-go-round has been spinning like crazy this year, with the ‘social acquisition face-off’ between Salesforce and Oracle followed by the more hush-hush approach of MS Dynamics who bought Yammer and started integrating more social tools into their CRM software (eventually – it always takes them longer than everyone else).

There’s money involved. Big money. The general acceptance is that Social CRM has moved from chatter to big money product, and that means that product renewals over the next two years will be from CRM to Social CRM. There’s a business case – i.e. marketers and salespeople have developed the business case for social CRM.

But it’s not just the CRM market who have finally moved from talking about it to doing something about it. Look at Facebook, who got in the news recently for the cost of their promoted tweets. Dallas Mavericks owner Mark Cuban said he was ‘fed up with Facebook’ and published a screenshot of Facebook’s request for $3,000 to push a message out to a million people.

Are Facebook pushing away brands? Not at all. In fact, they didn’t even push away Mark Cuban, who retreated on his anti-Facebook missive. He probably realised that $3,000 is about right, and that his return on investment would probably outstrip that of a similar amount on, say, an e-mail campaign.

If we are to read anything into this, it’s that Facebook have realised that brands KNOW the value of their investment in social media. They know the return, and they measure it to such a sophisticated extent that $3,000 to reach 1 million people is a good deal. It used to be free, and everyone was getting a free ride. Now Facebook have moved to a paid model, brands are paying their way, and gladly so.

The social consumer & the social business

About five years ago, I sat in on a demand generation roundtable and derided businesses for leaping onto the Twitter bandwagon. Twitter’s for talking & sharing, I argued – you have a few minutes before your tweet disappears, and what measurements do you have in place?

I like to think I wasn’t wrong (at the time). Twitter hasn’t evolved massively over the last five years, but we have. We’ve moved from getting retweets to understanding the value of retweets, and exactly what the true value of an increased base of followers means to our bottom line. The thirst for social analytics is allied with a thirst for a greater understanding of our customers. The ability to tie everything into the bigger picture is what really brings the social customer into greater perspective for the social business.

Perhaps one of the most significant partnerships of recent months is that of Datasift and Bit.ly. They call it the ‘missing metric’ in social customer engagement, which is hype of a sort, but it’s one of the many missing metrics that we’re seeking. This takes us from social shares to social interactions.

What we need now is the tie-in from this to CRM. It may not be long before Datasift find themselves acquired by one of the CRM big-boys, and integrated into a customer 360-degree view which displays how one potential prospect saw a tweet, shared it, and it was clicked on by another potential prospect.

The social consumer is helping us build the social business.

2013 and the peak of social maturity?

Brands can moan as much as they like about the Facebook ‘likegate’ scandal (call it whatever you like), but the fact remains – 10,000 paid users is better than 1,000,000 free users. Facebook have merely moved towards their full business model (given that share price, we’re only surprised it didn’t happen more quickly). They’ve priced it at a level that businesses can understand, knowing that businesses can say “we know the impact, we’ll pay it”. Or otherwise.

If Pinterest has already seen fit to introduce brand pages, Twitter will soon have to uncover a way to take advantage of the great move towards understanding customer experience and engagement. Everyone’s getting a free ride on Twitter. Indeed, you could say that everyone’s a step ahead of Twitter. It won’t last.

Businesses are more socially mature than ever – the CRM software providers know it, the marketers know it. Somewhere they’ll meet in the middle and deliver.

Gareth Cartman is a business blogger with a particular interest in CRM, Human Resources and outsourcing. He is Director of Digital Marketing at Berkshire digital marketing agency Clever Little Design.

Influence of Social Media on Marketing