As more and more pages are added to the Internet, gaining that critical exposure has become more and more difficult. Even the most amateur webmasters have become attuned to the necessity of search engine optimization (SEO), using the tricks of the trade to their advantage. The problem is that when everyone is employing SEO, who rises to the top of the rankings?

This is where social signals come into play.

Social signals are data gathered from the most popular social networks—such as Facebook, Google+, and Twitter—which are then used to determine sites and pages that are recipients of considerable attention. As a result, these signals are used in the algorithms of major search engines, returning results to corresponding search terms.

That’s the gist of it, anyway. Take a look at the finer workings of social signals and how to use them for individual social networks. 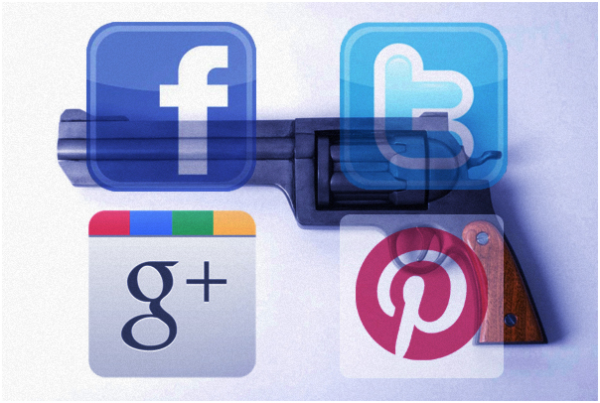 As a measure to prevent SEO practitioners from gaming their systems, Google, Yahoo, Bing, and the other search engines haven’t publicly released the algorithms for determining social signals. However, there are certain parameters that have been shown to work.

With the proliferation of social media sites, sometimes it’s hard to decide which one to focus on. The good news is that it’s not a complicated selection process. The bad news is that you should ideally focus on all of them—the major ones, at least.

Currently the top social network worldwide, Facebook has over one billion users. To put that into perspective, that’s at least one seventh of the world’s population. It goes without saying that you have to propagate your blog on Facebook.

Use your personal Facebook account as an avatar for your online persona, cultivating relationships with anyone interested in working with you. For business owners, you can set up a Facebook page and mirror all of your updates there.

The sharing functionality on Facebook is one of the most important factors to take into account. Link—but don’t spam—your content as much as possible, and ensure that it likewise gets passed along.

The number of “Likes” that your fan page has, as well as those of your individual posts, comes into play as well. How many people are actively talking about your site? Think of Facebook as a microcosm of the Internet at large.

At its core, Twitter is a blogging service stripped to its bare essentials—one thought, one link, and you’re done. Its concise nature has made Twitter one of the leading platforms for getting news straight from the sources.

Become one of the sources yourself—gather followers, put your own stuff on there, and Retweet related news items. How often your entries get Retweeted is a major factor in determining your social signals; it also indicates how influential you are.

Keep your Twitter open so that people can read your posts without having to send a request. Twitter’s openness is another differentiator between it and Facebook. Hold conversations with other Twitter personalities, especially those who have established authority in your chosen niche. The influence of the people who Retweet you is also important.

It’s no coincidence that Google incorporated social signals into its algorithm nearly simultaneously as its launch of Google+, a social network designed to supersede Facebook. Obviously, that hasn’t worked yet, but having that Google clout behind a community is no small matter. It’s even rumored that Google places the most importance on Google+ shares in its calculations of a site’s social signals.

The compelling thing about Google+ is that it’s positioned as an overarching layer over existing Google Services (e.g. Gmail). So if you already use the mailing service, it’s likely that you’re already inadvertently part of Google+. Your email contacts are thus easily accessible, which is something you should leverage. Otherwise, the same practices that you use on Facebook apply here.

Pinterest was originally a niche website, aimed at sharing enthusiast images. It has since exploded due to its visual nature—anyone can present exhibits of their photographs relatively easily, and its rapidly expanding userbase has ensured that there will be an audience for the images.

Companies have used this visually-oriented site to promote themselves using inforgraphics, videos, and other content that would otherwise be dwarfed on other networks.

Pinterest can be used much like a virtual photo album or catalogue, which has made it popular with stores and similar businesses. However, you can still use Pinterest even if you’re not selling goods—create compelling photos or videos and you will attract attention.

Using the more selective social networks, such as DeviantArt and Foodie, is a matter of discretion. Will your site receive more coverage if you create a presence there? Are some of your goals aligned with the goals of these more specialized communities?

If so, then maintaining a tangible place in those less-populated social networks is recommended, but won’t really affect your social signals when it comes to explicit SEO with the search engine giants. But you never know—Pinterest itself was once niche.

Despite the prevalence of social media in search rankings, the most important factor of SEO hasn’t changed: you still have to create quality content. Social signals are the end result of making things that can be engaged with, are entertaining, and therefore, worthy of clicking on and sharing. Keep those core qualities in mind and you’ll be well on your way to earning those essential social signals.