Social media has changed the way we communicate and has also spread to influence many other aspects of our lives and culture. This includes films and the movie industry – how films are made, marketed, distributed, watched, reviewed and responded to.

The manner in which the film industry has altered its production methods due to social media is surprising, but the business hasn’t missed a beat. Films are as popular as ever and clever social media marketing can make or break an extremely competitive film industry. We take a look to see if your business can benefit from this evolution of one of the world’s major creative industries. 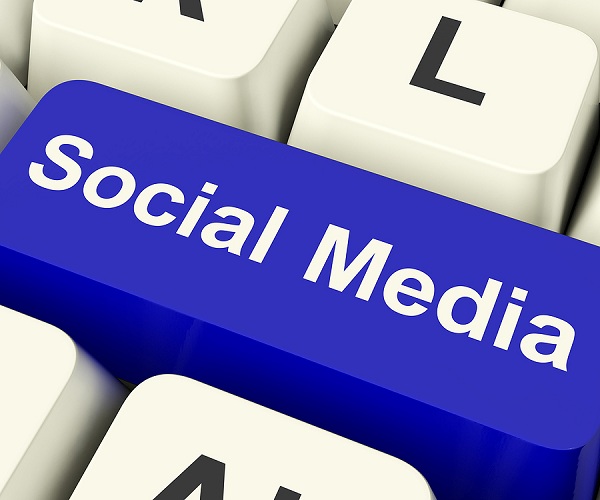 Social media has changed so many aspects of the business world, but what is clear is it has brought about many preeminent businesses to the world; Facebook, Twiiter, and now Pinterest, are all vast brands growing daily. They are so popular they dwarf many much older industries.

Arguably the definitive social media movie, director David Fincher’s award-winning The Social Network details the story of Facebook, the genius and ruthlessness of Harvard student Mark Zuckerberg the personal and legal disputes that followed the creation of the programme and the innovation and inventions that have changed the way we communicate.

Tan Siok Siok’s documentary explores the world of Twitter and the personal stories and encounters Twitter has facilitated. Interestingly, the film itself can be seen as an experiment in the power of social media – the stories were gathered and selected via Twitter, the contributors and production crew were found on Twitter and the final cut was, of course, decided using feedback gathered using Twitter.

Life In A Day

An internationally crowdsourced (see below) film based on video clips of the public’s antics over the course of a day. People loaded their videos onto YouTube and applied for potential inclusion in the film. There were 80,000 submissions from 192 countries; it’s also available to watch free of charge on YouTube.

Eight Flowers is a short film about a young man who lives an isolated existence but finds human contact and love through a social media platform called ‘Tracebook.’

The Naked Brand is a film about corporations and how they have the ability to change the world. The documentary examines how the availability of information, including via social media, could create a bright new future of consumer awareness and corporate responsibility, ethics and accountability.

In Ann Oren’s film users communicate and watch each other using a online platform called InContact, and the story develops to explore issues around social media, reality television, voyeurism, isolation and intimacy.

The Real Social Network reveals how a new generation of protest has evolved and the role social media and new technology has enabled networks of activists to communicate and organise as a movement.

What Your Business Can Learn

If you’ve watched all, or some, of these and are wondering how the film industry goes about dealing with social media matters, here’s a rundown on how they have gone about it. You can use this as an example of business adaption, which you can apply to your business model for effective new advertising methods.

Film marketers are increasingly developing ever-more sophisticated viral campaigns involving many types of media including social networks. A recent example of a successful viral campaign is Ridley Scott’s Prometheus (2012), which involved the release and viral spread of three videos featuring main characters from the film. In one of the videos Michael Fassbender plays the part of the David8 android in a fake promotional film for Weyland Corporation, which plays a part in the feature film’s plot. Other aspects of the campaign included a virtual tour of the spaceship from the film and a Twitter account for the David8 android which allowed users to communicate directly with the character.

There have been other notable viral campaigns in recent years including Disney and Pixar’s fake vintage toy adverts that went viral in the run-up to the release of Toy Story 3 (2010), and the intriguing campaign that Warner Bros. created for Inception (2010) which featured online games, videos and various inventive teasers related to the film’s plot and characters.

Social media platforms have revolutionised how film makers, marketers, cast and crew communicate with their audiences. In the past the sharing of film marketing was largely one-way traffic – producers would release trailers to be shown in cinemas and on television. With the advent of the internet it became possible to make trailers available to watch online.

Today, however, film marketing can involve fully interactive social media sites offering a wealth of information about the film, connections with other fans, access to extra features and content, and the ability to communicate directly with producers, cast and crew.

A fine example of this is the Facebook page for The Hobbit (2012) which includes the latest news, trailers, production details, the chance to friend individual actors and crew members, a Fan of the Week award, competitions, links to games and the opportunity to watch a live stream of the world premier red carpet event. Social media enables filmmakers to share an abundance of content with fans and can even facilitate audience participation in film development and production.

Wreckamovie is one such example, an online platform facilitating a collaborative community of people wanting to make films with the aim of making it easier for films to get produced and released. The site was essential in the production of comedy science fiction movie Iron Sky (2012) – the makers gathered finance by Crowdsourcing and invited anyone interested to contribute ideas, creativity, technical assistance and skills to get the film made.

This is a very different model of film production compared to the traditional big business of Hollywood movies, and could become a crucial development in the future of filmmaking, financing and distribution.

On-demand video has changed the way we watch movies, with a huge increase in online film streaming and television catch-up services. This has resulted in many DVD rental services moving their business online to offer postal rentals and pay on-demand film streaming. This also has implications for attendance at cinemas, and cinemas themselves continue to search for new ways to engage with their audiences through social media and enrich the cinema-going experience.

A fascinating development that could shape the future of how we watch films is social video-on-demand, in which customers stream films and join a community of viewers to network and share experiences and recommendations. In 2012, Revolver Entertainment launched FindWatchShare, a Facebook app for streaming films. The social aspect of the app means that when users recommend films to their friends they earn discounts on rentals and gain access to promotions and special content.

Alex Morris is a writer for Cartridge Save in Manchester, England, where he writes about ink cartridges. He’s also a major film buff and keeps up with all the latest releases, although he’s particularly keen on documentaries such as Grizzly Man.